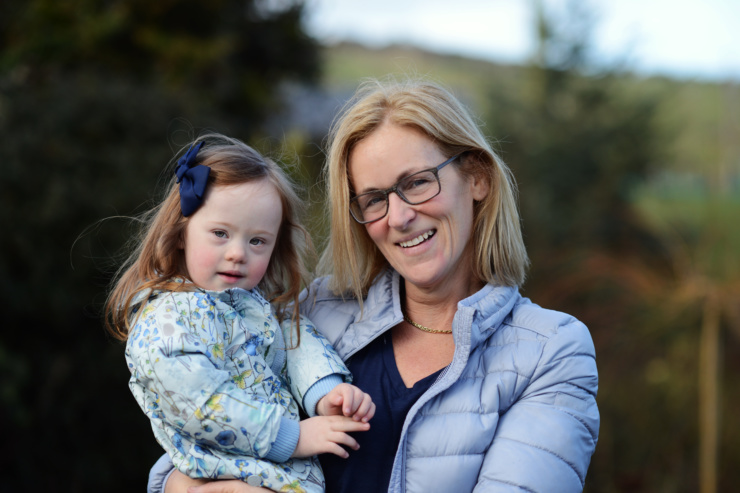 Sinéad McBreen with her daughter Grace from Bailieborough, Co. Cavan.

“The beginning of my pregnancy with Grace was the same as our other children. Everything was normal. We had an early scan at seven weeks which showed a heartbeat. We had another at 12 weeks and at 16 weeks we went for a third scan where the doctor could see something was wrong.

“The doctors told us our baby had a ‘fatal foetal abnormality’ and that they were 100% certain that our baby wouldn’t live. We were told there was no hope at all. We were devastated obviously. Before the doctors sent us home they brought us into a room and told us we didn’t have to continue with this pregnancy. We were told we were taking the difficult route. They said there was obviously something wrong and the easiest thing for us to do would be to terminate the baby. There was pressure. There was an expectation that we should terminate.

“We wanted God to decide what day, what hour, and what minute our baby was to leave. We thought if she’s going to die anyway let it be natural. We wanted to give her every chance.

“Grace was born in November 2014 with Down Syndrome. She is a little miracle. She’s a joy from morning until night. She has made a difference in everybody’s life. Her siblings adore her. Everybody adores her. She teaches us something new every day.

“She wakes up first thing in the morning with a smile on her face and we fight over whose turn it is to hold Grace, to play with her, to feed her. She is making a big impact, on us as her family, and on everyone who meets her.

“We are proud to live in a country that protects the right to life of unborn babies. Where there is life there is always hope.”