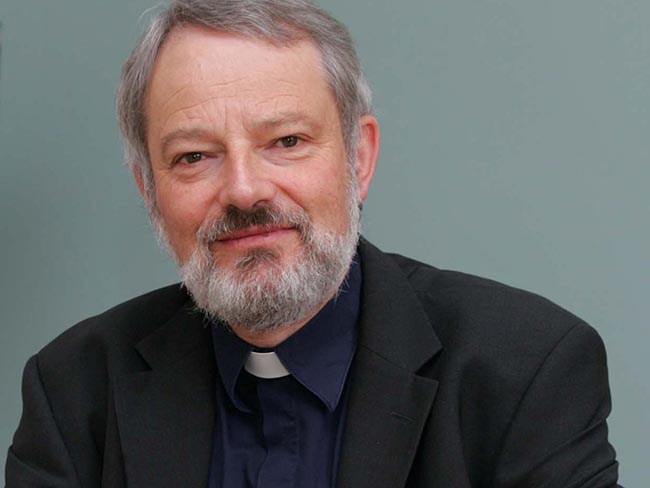 The Gift of Life – A Shared Responsibility

In the Summer of 2016, I noticed a pair of swans with their five recently hatched cygnets on the Garavogue river. By the following Spring, they were almost fully grown. Their muddy brown feathers had been replaced with new white ones. They had had seemed like “ugly ducklings” but they were swans just like their parents. If something as natural as this can inspire in us a spirit of wonder and awe at the mystery of life, how much more so must the birth of a baby who is of our own flesh and blood.

We Christians are by no means the only ones who see the hand of God at work in the formation and coming to birth of a new child. It is something which we share with Jews and Muslims and in varying degrees with people of other religious traditions. From the earliest pages of Scripture we come across a deep awareness of God as the one who calls us into life and into relationship with him, “who forms us in our mother’s womb” (Ps. 139) and who chooses us “to live through love in his presence” (Eph. 1).

Man and woman contribute the biological material out of which the new human embryo is formed at fertilisation, but it is God who breathes his life-giving spirit to create a person in his own image and likeness; entrusted to the loving care of the parents, but created for relationship with Him. Pope Benedict expressed this beautifully when he said: “We are not some casual and meaningless product of evolution. Each of us is the result of a thought of God. Each of us is willed, each of us is loved, each of us is necessary”. I think most parents instinctively know that, even if they can’t always put words on it.

Up to the discovery of cellular biology, less than 200 years ago, nobody really knew what happened at fertilisation or in the early stages of pregnancy. Since the time of the Apostles, however, the Church has always taught that human life is sacred and has regarded the deliberate taking of innocent human life as gravely sinful. Modern embryology now makes it clear that there is no conflict between faith and reason. The new human being which will be born as your baby after nine months, begins at fertilisation. The genetic identity of the new child is already there from the very beginning. Everything else is simply natural development.

On the roads and in the workplace, there is a growing awareness in Irish society of our shared responsibility to cherish the gift of life. Against that background, it is difficult to understand why anyone would suggest that abortion should be legalised.

Both Pope John Paul II and Pope Francis have acknowledged that there are many factors which can influence the decision to have an abortion, and that it can be a painful and shattering decision. Both Popes, while insisting that abortion is always gravely sinful, have assured us that God’s mercy is always available to us when we turn to Him. This surely is the correct balance.

We are facing an enormous and dramatic clash between good and evil, death and life, the “culture of death” and the “culture of life”. We find ourselves not only “faced with” but necessarily “in the midst of” this conflict: we are all involved and we all share in it, with the inescapable responsibility of choosing to be unconditionally pro-life….. ” (Evangelium Vitae, 28)

When it comes to the right to choose, there is a tendency to forget that there is another person involved; a vulnerable person who has no choice and who depends entirely on others for protection. If society accepts that one human being has the right to end the life of another, then it is no longer possible to claim the right to life as a fundamental human right for anybody. A number of EU member states have already legalized euthanasia. I am convinced that if we concede any ground on abortion, the very same arguments which are now being used to justify abortion will be used to justify ending the lives of frail elderly people and people with significant disability. This is the final frontier. If we cross it, there will be no easy way back.

I am reminded of the words of the Poet, John Donne, who wrote:

Any man’s death diminishes me,
Because I am involved in mankind,
And therefore never send to know for whom the bell tolls;
It tolls for thee

The Oireachtas Committee on the Eighth Amendment outlines a range of possible options for legislation, if and when Article 40.3.3 would be removed from the Constitution. These options include:

These proposals are significantly more liberal than the current law in Britain, where slightly more than one in five unborn children are aborted every year. In Britain, all abortion is theoretically on the grounds of health, but the extension of the health ground to include risk to the mental health of the mother provides, in practice, for abortion on demand.

It is proposed that, under the twelve-week recommendation, abortion would be provided through a GP-led service. This would radically change the ethos of medicine, which was always about healing the sick and preventing disease. Abortion has nothing to do with healthcare. There is nothing in the job-description of your family doctor that would suggest, even for a moment, that he or she should be involved in taking human life. Some doctors may accept this, but many will be greatly troubled by it and they need our support.

The key proposal of the Oireachtas Committee, however, is that Article 40.3.3 be repealed simpliciter. The reference to the right to life (of the child and of the mother) would be removed from the Constitution and not replaced by anything else. This constitutional question is the only question that will be put to the people of Ireland. If we were to agree that Article 40.3.3. be removed simpliciter, the government would be left entirely free to introduce whatever abortion regime it chose, now or at any time in the future. Promises made before the referendum would not in any sense be binding. What the Committee is asking is that citizens would give the Government a blank cheque. I have never been comfortable writing blank cheque

Most people I meet seem to be quite clear that the unborn child is indeed a human baby. People struggle to balance this essential truth with the need to be compassionate; and that’s a good thing, because we do need to be compassionate. But where does true compassion lie? Is it compassionate to a woman in challenging circumstances to say: “Maybe you should consider ending the life of your child in order to ease your pain or trauma” Is there nothing better that we could do?

Compassion is a feeling of deep sympathy or sensitivity. It is morally good if it moves us to act in solidarity with somebody else, but that action has to be consistent with the truth. Some well-meaning people may consider voting to remove the 8th amendment for the sake of compassion, but if the intention of that vote is that human babies would be aborted, I would ask: “how can that not be gravely sinful, since it is so clearly in conflict with the truth?”

I believe that it would help greatly if people who believe in the right to life of the unborn would just talk to their neighbours and friends over a cup of tea or a pint, as they would about sport or politics. It is not about debating or being confrontational. At the most basic level, it is just about letting other people see that they are not alone and that it is perfectly reasonable to believe in the right to life.

People sometimes talk about prayer as if it were the last refuge. I don’t see it that way. In prayer, we ask for hearts that are in tune with the heart of God. If you are uncertain about how to vote or what to do, I encourage you to pray daily for the gift of Wisdom, and to allow God’s Spirit to be your guide. You will find spiritual resources on www.chooselife2018.ie

Politics is not just for politicians. Politics is the art of good government and, in a democracy, we all have our part to play in government. So talk to your politicians, or write to them, and make clear to them that you want them to defend the right to life of the unborn. Be polite, but make sure they know you are there and they know what you believe.

Whatever happens in respect of the Constitution, there will continue to be a need to support women, especially women who face challenging circumstances in pregnancy. With that in mind, I am exploring how, beyond the specific activity involved in crisis pregnancy counselling (which is already offered by Cura), we might be able to provide some additional supports which would empower women to choose life, not just for the baby, but for their own sake as well. I would be glad to hear from anyone who has particular expertise or personal experience which might help us to shape this response.