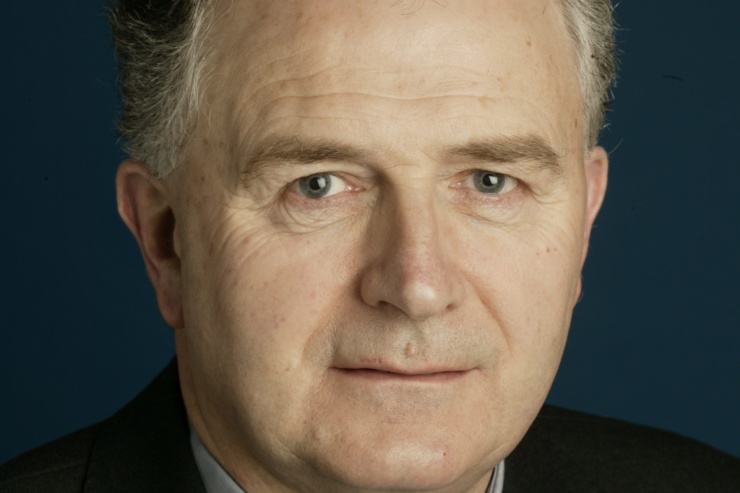 On any of these spring mornings when the sun is shining and you hear the birds singing, it’s hard to suppress the impulse to do a little skip, and to shout ‘it’s great to be alive’.  The older I get the more I appreciate that most precious gift of all, the gift of life, and the more I realise that it is a gift.  I didn’t give myself life.  I received it from my parents and ultimately from God.

Culture of Life
The Eighth Amendment to our Constitution has preserved and fostered a culture of life in Ireland that we can be proud of.  The resources of modern medicine have been used very successfully to care for the lives of women and unborn children.  We know that thousands of unborn children’s lives have been saved in Ireland because of the Eighth Amendment over the past 30 years.

We are told that the Eighth Amendment puts the lives of pregnant women at risk because abortion is not freely available here.  But statistics available for 2015 show that Ireland, with the Eighth Amendment, is a safer place than the UK for pregnant women, where there is abortion on demand and there are 200,000 abortions every year.  Ireland is a lot safer for women than the U.S. where there have been an average of a staggering one million abortions a year for the last fifty years.

Most pregnancies are happy and hopeful events. But there are also crisis pregnancies where no happy outcome seems possible. In a crisis situation a compassionate response is always necessary and also a response which is consistent with a culture of life. People need to hear that abortion is not the only option in a crisis pregnancy.  I know that some women reading this will have had an abortion, or someone close to them will. I have no wish to upset them.  As a man, I recognise that I cannot possibly understand the experience of a woman facing a crisis pregnancy.  Neither can I fully grasp the anguish she may experience before, during or after she feels compelled to make a decision to end a pregnancy through abortion. However, I believe that a genuinely compassionate response in situations like this will love both the mother and her unborn child and try to care for both. There are agencies which will help women in a respectful way to make a choice that recognises there are always two lives to be protected and cared for.

Campaign to Abolish the Eighth Amendment
Campaigners for the repeal of the Eighth Amendment believe that abortion is necessary in order to avoid the risk to women’s lives posed by some medical conditions during pregnancy.  Let’s be clear that the Church has never taught that the life of a child in the womb should be preferred to that of a mother.  Where a seriously ill pregnant woman needs medical treatment which may put the life of her baby at risk, such treatments are always ethically permissible, provided every effort has been made to save the life of both the mother and her baby.

Others, while they might be opposed to abortion in principle, believe that it is necessary in some circumstances, e.g. where an unborn child is diagnosed with a serious illness, or where a child is conceived as a result of rape.  These are very painful and confusing situations for women and their families.  I have heard many women who experienced these situations say that there is often subtle and not so subtle pressure from doctors to have an abortion.  However, if we ask ourselves what we would do in these situations a month after the birth, instead of a month before, we would be horrified at the suggestion that taking the child’s life was an option.  On the contrary we would give them the same treatment and care as we would any other child.  Unborn children are more vulnerable and defenceless and therefore in greater need of protection, not less.

A Human Person
Campaigners for abortion invariably refer to the child in the womb as a foetus, not a baby.  A learned expert who advised the Oireachtas committee used the word ‘foeticide’ to describe the process of ending the baby’s life in a late abortion.  When asked repeatedly if that meant, in plain language, killing the baby, he did not answer the question.  Using the word ‘foetus’ tries to hide the fact that the baby is fully human.  But common sense and experience tell us differently.  Sometimes the truth slips out despite the best efforts to hide it.  The story that Kate Middleton, the wife of Prince William of England, was expecting for the third time was everywhere in the news some months back.  Even though she was only ten weeks pregnant, nobody spoke about a foetus.  Instead, the headlines gushed: “we just can’t wait to meet Royal baby number three!”

The Church’s Teaching
The Church’s position on abortion is quite clear and is well known.  It has been stated most recently by Pope Francis is his 2016 publication, Amoris Laetitia The Joy of Love:

“ …So great is the value of a human life, and so inalienable the right to life of an innocent child growing in the mother’s womb, that no alleged right to one’s own body can justify a decision to terminate that life, which is an end in itself and which can never be considered the ‘property’ of another human being.”

A Human Rights Issue
We can be sure that in the debates and media coverage that will precede the referendum those who oppose the taking of human life in the womb at all stages will be portrayed as extremists, absolutists and religious fanatics.  But don’t be intimidated.  This is not just a Church issue.  In fact it is not primarily a religious issue at all.  It’s an ethical issue and a human rights issue.  Every human being has an equal right to life.  It is not an extreme position to recognise that right and to defend it.  Biology tells us that life in the womb begins at conception.  That is a scientific fact, not a religious belief.  And the life that begins is a human life.  It is not a potential human life, but a human life with potential.  For the sake of women and unborn children, and for the sake of our common humanity, I believe very strongly we should keep the Eighth Amendment.