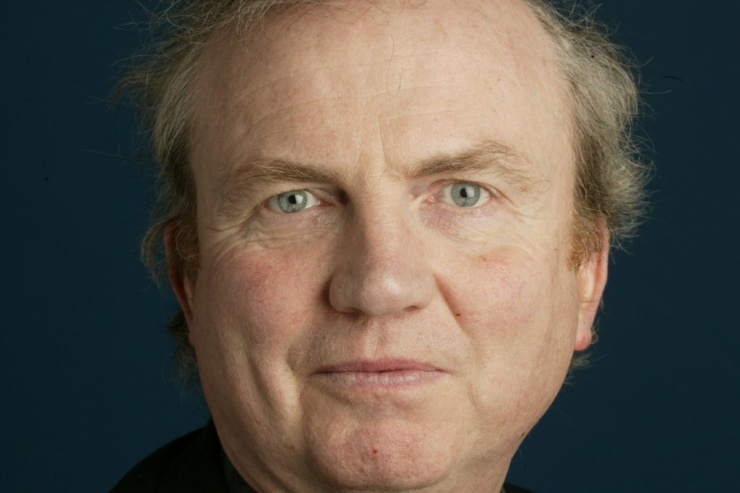 The relationship between parent and child is deeply rooted in human nature. Becoming a mother or father is a great joy for so many people. Many parents see their child as a miracle. Lots of children are alive now because of the wonderful care that sick or premature babies can receive. On the other hand, many couples also experience the aching pain of not being able to have children of their own. The distress of miscarriage can be a trauma for both the expectant mother and the father. There can be a great joy for those who adopt children when the biological parents cannot care for them. Parenthood touches the core of who we are as human beings.

Not all expectant mothers experience joy. A pregnancy can be unwelcome, frightening and unplanned. The child may have special needs which will be a challenge for the parents before and after birth. These are very real situations where expectant parents may experience a whole range of feelings.

Whatever the situation, life in the womb cannot be reduced to merely a medical issue or something to do with ‘reproductive rights’.

The 8th Amendment
The current Irish Constitution reflects an awareness of the dilemma that many expectant mothers experience. The constitution crafted by the Irish people 35 years ago underlines that it is possible to love both mother and child, even in the most difficult of circumstances.

In fact, the Government explicitly proposes that the 8th Amendment be removed and, in its place, legislation introduced providing for unlimited access to abortion until the twelfth week of pregnancy. Thus the electorate is being asked, not only to change the constitution but to support the introduction a new bill.

I fully support the statement from the two Church of Ireland archbishops that ‘unrestricted access to abortion in the first twelve weeks of pregnancy, or indeed at any stage, is not an ethical position we can accept. There is, for Christians, a very clear witness in the Scriptures that all human life, including before physical birth, has a sacred dignity in the eyes of God’

The electorate are faced with a very stark choice about something which is very personal to many people. When it comes to difficult choices, there is no greater human right than the right to life.

Compassion for the marginalised
Ireland has a long tradition of cherishing life in its many forms. With the current legal situation, it is one of the safest countries in the world for both the unborn child and expectant mother. That is something to be very proud of.

That love of human life in all its forms has come down to us in some of the phrases which reveal a deep insight and compassion. The baby in the womb is spoken of in Irish as ‘beo gan breith’ – ‘alive without birth’. That reflects a generous regard for the life of the unborn child. Our phrase in Irish for a person with learning disabilities is a ‘duine le Dia’, a ‘person with God’. These are expressions of the traditional Irish value placed on life at its most vulnerable.

The electorate is being asked to abandon that wisdom and give rights only to the adult.

Equality
Equality of all before the law is a cherished modern principle. Experience shows that when access to abortion is made relatively easy, those who suffer most are the poor and those with disabilities. If we rightly promote the equality of the poor and the disabled when they are alive, it is contradictory to create a situation which will, in practice, deny them any rights before they are born.

‘Catholic laws’
It is an insult to many people to suggest that supporters of the 8th Amendment are simply old-fashioned proponents of narrow Catholic laws. There are many people of different religious traditions and none who argue for no change in the Constitution. They believe that a modern secular country can both cherish the unborn child and support the mother in a crisis pregnancy.

Catholics have their clear beliefs about human life. But they do not argue for theological principles to be enshrined in law. Along with many people of good will, they believe that the Common Good is served by prioritising every other means of support rather than imagining that easy access to abortion can be part of a compassionate society.

It is not a specifically Catholic idea that the people should oppose unrestricted access to the destruction of human life for the first months of a pregnancy. You don’t have to be Catholic to point out that, when abortion is introduced as a solution for extreme situations, it quickly becomes an acceptable option in all circumstances.

‘It is happening anyway’
Some public figures argue that they feel obliged to bring in some legislation to make abortion readily available in Ireland. They point out that women are already importing abortifacient pills or travelling to Britain, where almost 200,000 babies are aborted each year.

There are many things that Irish people do at home and abroad. That does not mean that the Government should make them legal. It is through the Constitution that the electorate gives core guidelines to politicians. The Irish people are entitled to retain their precious principles, especially in the defence of human life. It is then the duty of politicians to frame laws which reflect those values.

What sort of country do we want?
The Constitution is the means by which basic values, rights and obligations are asserted. Supporters of the 8th amendment do not propose a harsh country.
– They believe it is possible for those in crisis situations to be supported lovingly with respect for the mother and her unborn child.
– They believe that the destruction of human life never ultimately solves anything.
– They believe that, with real compassion and dignity, people can be supported to face every crisis.

Conclusion
Very many people from all backgrounds want to create an Ireland that promotes equality and compassion. I urge all of them to
– Tell legislators that the people of Ireland are capable of loving life in all its imperfections.
– Tell them that the adult and the baby are both infinitely valuable.
– Tell them that more compassionate solutions can be found for all crisis situations.
– Tell them that, when we deny the dignity of some forms of human life, we undermine the dignity of all human life.
– Tell their friends not to be ashamed of standing for this.
– Help everybody to have their voice heard on Referendum Day, May 25th