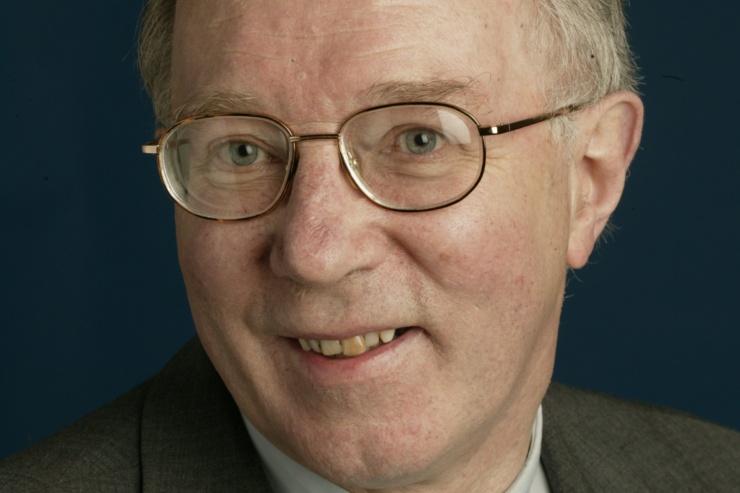 The decision of the Government to hold a referendum on repealing article 40.3.3 – the Eighth Amendment to the Constitution of Ireland – is a major challenge to the respect for life that has been so much part of our culture for generations.

Article 40.3.3 – the Eighth Amendment of the Constitution –  reads:

Recent technology has allowed us to become much more aware of the development of the baby before being born.  We can see the baby’s growth at different stages.   Using this technology, a Swedish film-maker, Lennart Nilsson, made a film entitled, The Miracle of Life.  In this he encapsulates the nine months in the womb into 1 hour and 40 minutes.  There is a very helpful slideshow of Lennart Nilsson images available on www.chooselife2018.ie.

Similarly, YouTube has a number of shorter videos on Life in the Womb all showing the growth and development of the baby.  At 12 weeks the baby has independent movement and most of the body organs are formed.  Fingers and toes have separated and teeth are forming inside the gums.  S/he is about 3 inches long, can curl fingers and toes and can suck a thumb.   Never again should anyone dismiss the growing child simply as a foetus or as ‘a collection of cells’.

The treasured and unique relationship between a mother and her baby is a special bond.  While the news of a pregnancy is generally met with overwhelming excitement there are times where the realisation can result in blind panic leading to a quick decision to abort the baby without taking any time to seek support or to think about alternatives.  Some women have acknowledged that the time it takes to travel abroad for an abortion gave them the precious time to reassess the situation and thereby choose life for their babies.   Please see ‘Emma and Rossa’s story’ on www.chooselife2018.ie for a moving personal testimony on this point.  Ireland is richer because these children now contribute to every aspect of life in our country.

Experience from abroad shows abortion may be considered because a pregnancy is unwanted or for some other social reason.  In some countries 20% – 25% of all pregnancies end in abortion and, in some cases, women have had multiple abortions.  In England and Wales, for example, one in five women have an abortion and this amounts to 185,000 abortions per year.  What the Government has proposed for Ireland is an even more liberal regime.  By being asked to Repeal the 8th Amendment we are being asked to allow abortion with no restrictions for the first 12 weeks.

The teaching of the Catholic Church on this matter is absolutely clear.   According to the Irish Catholic Catechism for Adults:

“Legalised abortion has a destructive effect on societies.  Few other actions when legalised by public policy so profoundly undermine a country’s values or upset the moral compass of a people.”  …  “Direct abortion, that is abortion willed as an end or a means, is a ‘criminal’ practice gravely contrary to the moral law” (page 428).

The right to life is the most fundamental of all rights.  This is not just the teaching of the Catholic Church but is the belief of Christian Churches and many other religions.  The intentional killing of the baby in the womb is fatally wrong and this is the view of many from a moral stance irrespective of religious belief.

It is important to differentiate between direct abortion and necessary medical intervention required to save the life of the mother.  The Government is proposing to legislate for abortion on demand up to 12 weeks if the Eighth Amendment of the Constitution is removed.  In other words abortion is the medical intervention in a pregnancy with the direct intention to take the life of the child in the womb.  That is wrong and no amount of argument will make that action right.

Irish doctors have always had to deal with situations where their intervention to save the mother’s life has resulted in the unavoidable death of the baby in the womb. The Eighth Amendment is not an impediment to this intervention aimed at saving the life of the mother, even if the inevitable and unintended consequence is the death of her child.  This intervention by health care staff has always been done responsibly and safely, acknowledging the right to life of the unborn and with due regard to the equal right to life of the mother.  As a society we must continue to have regard for both lives. At present in Ireland, both mother and unborn child are equally protected. Ireland with this protection is one of the safest places in the world to be pregnant.

Sadly, there are pregnancies in which the baby has a life limiting condition.   These are heart-breaking and very difficult for the parents and family of the baby.   In some cases, the baby will die in the mother’s womb while in other cases death may follow shortly after birth.  We do not know what the final outcome is likely to be.   Many parents are delighted to have had even a short time with their child and to give their child a name, to hold and cherish their son or daughter for even a few minutes, hours or days.  It is wrong to end the baby’s life and to deprive parents of this special experience.

Although aware of the trauma of a girl or woman unexpectedly pregnant, we are also conscious of the reality that there are now two lives.   We treasure both equally.   Our care for the baby does not diminish our care for the mother.   While in Ireland today, thankfully, the awful social and legal label of illegitimacy is no more, an unplanned pregnancy is often challenging for the mother.  Support for women and their partners in crisis pregnancy situations is available from Cura on 1850 622 626 and on www.cura.ie.

Respect for women is a critical part of any Christian society.  When the worst violation of a woman takes place, in the example of rape, a crisis pregnancy may occur.  While such a pregnancy is unwilled and unexpected, the growing baby ought not, however, become the victim.  Making available all possible life-affirming support for both the mother and her baby is paramount in such traumatic circumstances.

According to the 2016 annual report of the Adoption Authority of Ireland, only five babies were presented for adoption in that year.  The possibility of adoption instead of abortion is a positive option.  The promotion and development of adoption would be a support to many women unexpectedly pregnant.  It would also be a great boon for many Irish childless couples.

Some people may argue for repeal of the Eighth Amendment on the grounds of developing a modern or compassionate Ireland.  However, there is nothing ‘modern’ in taking the life of a baby.   Nor, indeed, is compassion one-sided.   It goes without saying that compassion for the mother is vital, but we must also extend our compassion to the child in the womb.

Essentially, if the Eighth Amendment is repealed, the baby’s mother will have a choice, but the baby will have no choice or anyone to vindicate her or his rights.  Future babies in the womb will depend on the decision we make in this referendum on 25 May next.  Life is both sacred and a human right.  As the bishops’ submission impressed during our March 2017 presentation to the Citizens’ Assembly: at the core of this debate are Two Lives – One Love.

This right to life originates in the fifth Commandment, “Thou shall not kill”, and it is part of the Natural Law.  It was not granted by the Constitution of Ireland, but the Constitution guarantees it and gives recognition to the right to life as a God-given right.  It contains an added safeguard by preventing legislators from removing that right without the consent of the people.

On 7 March this year the Supreme Court ruled that the only article in the Constitution which offers protection to the child in the womb is the Eighth Amendment.  That judgement has given us a clear indication of the singular importance of retaining the Eighth Amendment.  It would be a backwards step to remove this protection of life in the womb from the Constitution.  If this change is made the baby’s right to life will have no protection at all in our fundamental law.

The Irish people will never again have a say if the protection of the Eighth Amendment is removed.  It will be left to all future governments and the courts to decide what happens in the future.  The consequences of what is being proposed are far-reaching.  It will not just be about the pregnant woman.  Healthcare facilities and workers here may well be obliged to participate in abortions or give referrals to abortion providers, even if they do not believe in abortion.

Every human life is made in the image and likeness of God from the moment of conception.  We should not forget that God is the creator of life – “For you created my inmost being.  You knit me together in my mother’s womb” (Ps139:13).

We can demonstrate that We Love Both by praying for human life and by voting NO in order to retain the Eighth Amendment.

I will vote NO to abortion on demand.