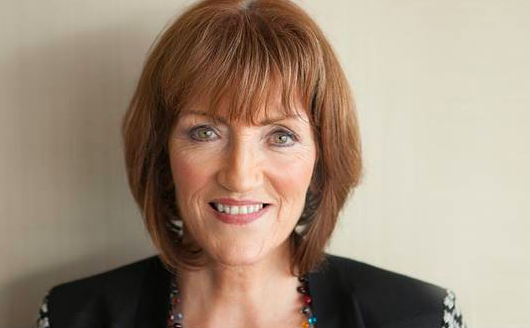 Bernadette Goulding from Co. Cork is the director of Rachel’s Vineyard Ireland

“When I was 19 years old I emigrated to London. The new-found freedom was overwhelming. I started to experiment with alcohol, go out with guys and eventually I ended up pregnant. The main motivation for my abortion was fear. The decision, made in haste, triggered many years of deep personal suffering.

“I had the false expectation that an abortion would turn back the clock on my life, and everything would be just fine again. I was so naive. I had no idea what abortion really was. The doctor who introduced the idea to me did not enlighten me about the humanity of my unborn child. The word ‘baby’ was never mentioned.

“Initially after the abortion there was relief. The pregnancy was over. I thought that I would be fine and was relieved my parents would not find out. However the relief was short-lived. As time went on the experience became more difficult, more painful, more isolating, more lonely.

“If someone had explained to me the reality of my pregnancy, that in fact there was a life there, and there was a little heart beating under my heart at that time I am sure I would not have gone down that road. Nobody took the time to do that, to sit down and explain things to me or offer me any other alternative.

“Women in an unplanned pregnancy are in a huge crisis and their big regret is that no one was there to sit down with them and talk to them and offer them an alternative to abortion.

“For anyone out there who is hurting after an abortion, know that you’re not alone. There is hope and healing and I am living proof of that.”